potty training: what i did wrong...and finally got right 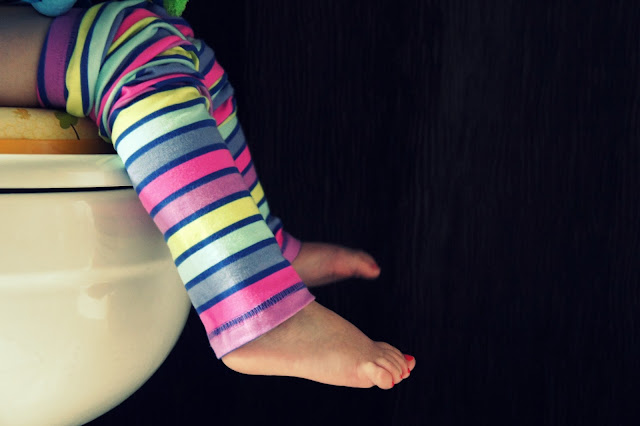 She did it!
She's potty trained!
I have been waiting for this moment with bated breath!

I introduced the idea to Annaleigh when she was a few months past her 2nd birthday.  To be honest...I thought she was ready.  I read books.  I read blogs.  I read websites.  I talked to Mamas who have been through this stage of life with their own littles.  And all the signs seemed to point to her readiness.  And to top it off...she would cry whenever I put a diaper on her.  She hated them.

But what should have been a sign to me that she was no where near ready...was the fact that she would cry for me to put her diaper back on.

What a paradox...huh?  She apparently wanted her cake and eat it too.  Don't we all?

So I figured she would just have to get used to the idea of "underwear".  {Ring the 'wrong answer' game-show buzzer right about now.}

Needless to say...after a few weeks of misery...we both failed.  (And trust me...I tried ALL the tricks...tips..and suggestions out there.  ALL.)

I threw up the white flag and threw a diaper back on her.  {deep sigh of defeat}

But I was determined to potty train her.  I mean...everyone else's kids where potty training...and my kid was just as "good" as theirs...so Annaleigh should hop on that bandwagon too!

After another valiant attempt a few months later...more failure.

And that's where I was failing when it came to potty training my daughter.  I was the one who was ready.  I was feeling "mommy-peer-pressure".  I looked around and felt like an inferior mother compared to the rest.

I thought she'd never learn to use the potty.  {I mean...of course I knew she WOULD...but after failing twice...it felt that way!}

Then I moved to Rochester.  And met my internship mentor.  She has 5 kids (ages 4-18).  I think it's safe to assume she knows what she's doing when it comes to this topic.  And she does.  A lot.

She gave me the greatest advice:  wait until after her 3rd birthday.  She'll be older...she'll understand...and that will make it easier for her. {Notice it would be better for HER...NOT neccesarily me.}

My "peer-pressured-mommy-brain" couldn't fathom that thought.

But what did I have to loose?  A little pride?  I had already lost that twice.  So there's wasn't much left.  And I was desperate.

I waited about 2 months after her third birthday.  I did one last google search.  And I typed in something like: potty training a child who likes to be in control.  Because I figured out that this potty training thing was more about a battle of the wills than about pottying.

My new plan was this:

I'd put her in underwear at age 3.
I'd set a timer.
When the timer went off...the timer was telling her to go to the potty...
not me.
And then I'd let her go...
...by herself.
That's right.
I was willing to accept the gross potty Apocalypse that could potentially occur in my clean bathroom.

{Disclaimer:  Since I had already been through this "process" with her twice before...she knew "how" to do it.  She knew the "method": walking into the bathroom...sitting on the potty...trying to "go"...using TP to wipe...getting off when done.}

The only thing she wasn't sure about was pulling her underwear up and down.  But I had some faith that she *might* be able to figure that out.  Hopefully.

But like I said...I wanted to see what would happen.  I was willing to accept that the learning process is messy and confusing until....you learn. 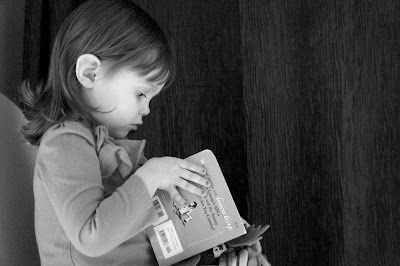 And now?  It's like the kid never wore a diaper in her life.  Unbelievable.

Sally Clarkson said this in the book she co-authored:

"Clay and I found that the more we walked with God,  the more we felt called to live our own puzzle according to the integrity of the...parents God had made us, within the limitations of our own personalities...I see so many young women today who live by fear - fear of what others will think, fear of how they might ruin their children, fear of the expectations of other people...I also see women who are afraid to be themselves...It is vitally important for women to learn how to think...for themselves instead of being enslaved to other people's thoughts and opinions.

Do you think that with such diverse families, as each of us is bound to have, that one single formula could possibly [work]?" (emphasis mine)

The answer to that rhetorical question is NO.

What I'm trying to say is this:

It takes a lot of the pressure off of us Mommys when we approach ANYTHING in our attempt to child-rear our kids this way.

So go grab yourself some iced tea and relax.  You are a good Mommy.  And you're the only Mommy they've ever known.  God gave them YOU for a reason.  So no matter what you do "well" or "not-so-well"...all you do is the "right" thing to them.

So get out there and proudly rock your individual "Mommy-ness" today!
Your kids deserve nothing less. 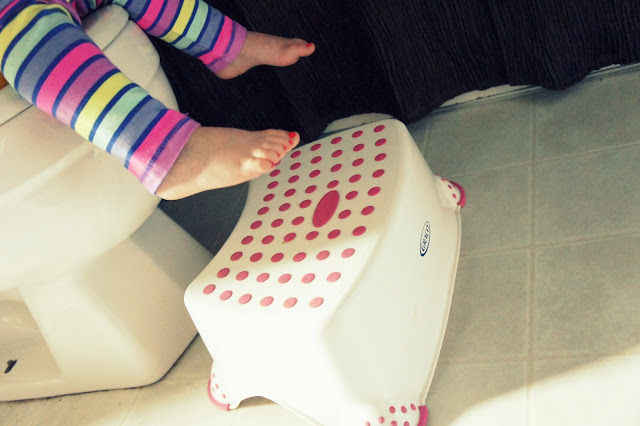 Love is to the heart what the summer is to the farmer's year - it brings to harvest all the loveliest flowers of the soul. -Unknown 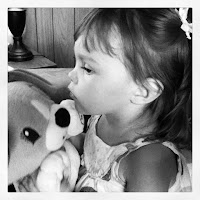 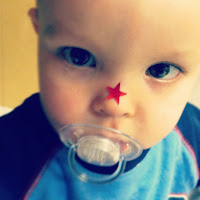 what my friends are saying